An old intention is reawakened. A plan from the past, based on your real needs, is either implemented or actively embraced. You see now how a plan that you had forgotten about, or had only half formed, has reached a place that is ready for planting.

Bring the inherent intelligence of innocence into your conscious mind.
Things actively and passionately desired often elude us, until we forget about them. When we do so, we detach from the outcome and the desired energy can then be released, after which it can return as your manifest experience.

Today is one of those days when previously intended manifestations resurface or appear.

Day 9 is the frequency of cycles. Day 9 can be the day when you recognise where you are stuck in a groove, looping back and over again. If that is the case, then it is through bringing your awareness to this scripted situation that you can shift to the next octave.
The end date of 21 December 2012 of the previous cycle of the Maya Long Count Calendar – which the ancient Maya used to measure huge intervals of time in cycles of approximately 5,126 years of our system (5,200 tun in the Mayan numerical system) – brought us the opportunity to break the script and to spiral out of the flat loop onto a higher dimension. Think of the flatland of a flat circle, like a record on a record player, or the rings of Saturn – this is ‘default reality’ and to break the pattern, there needs to be a shock or a surge of will.
[Extra message to contemplate on 9 Lizard:]
The Psychic Landscape Is a Time–Space Energy Field
The empowerment of humanity comes from taking control of our attention, which is the commodity of our age. Attention is intertwined with time and space. We need the head-space and the time to focus on a more positive script, based on an expanded reality. The tapestry of time frequencies conditions our reality by creating the context for our experience.
To move into an expanded space of consciousness requires an awareness of the calendrical codes. The present calendar supports the ‘time is money’ script, but this has reached its culmination of usefulness – and it was a useful product of recorded history, which ended on the subtle planes with the Winter Solstice of 2012.

The 260-day Mayan Sacred Calendar count shows how life is unfolding from within – this is ‘involution’, or the evolution of consciousness. The 260-day count is the inherent frequency within all of the planetary cycles and reconnects us to the impulse of spirit to come into form, to come into manifestation, into the body and into society.
When we integrate this with the real time of the external world – which is based on real astronomy of the Sun, the Moon and the Galaxy – we are connected to life.

The Winter Solstice, for example, is the real end and beginning of the year, being the darkest day and the point when we turn back to the light. 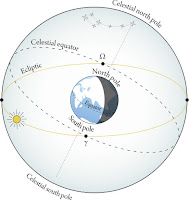 1 January is the beginning of the civil year and connects us to the nation state. It is not bad as such, but is an indirect frequency, disconnected from nature.

The civil year has now served its purpose as the primary code for creating the time context.

The old world has run out of time, which is why the script of the mainstream is: ‘There is not enough time, money or space’, and ‘There are too many people, not enough resources, too much debt’ (which is itself an artificial construct). This, of course, creates a sense of anxiety about survival and gives rise to a confused understanding about the true nature of the environment.
The true nature of the environment is that it is an environment of consciousness and energy, and the life force of the human species is the key commodity of the Earth’s environment.

Once we move into an expanded space of consciousness, with its accompanying expanded frequencies of time, we find that there is plenty of everything to go around. The cosmos is infinitely abundant and we just need to access more of that abundance.

Human ingenuity can solve the basic problems of lack in this world very easily, if the species is unshackled from the present restrictions on time and space.