Today is a day to loosen up. Trickery and cosmic humour force you to play, whether you want to or not. See the funny side. Be lateral. Today is a strange mix that offers a chance for fresh inspiration, if you can let go of the mind’s obsessive need for control.

Today you are being asked to create some space for more expression, more emotional elasticity. It is less about conclusions and solutions, more about spontaneity and laughter – perhaps a little twisted, quirky or delightfully perverse.

The texture of today – the energy of 11 Monkey – invites you to unusually nurture your soul, for the soul needs to be elastic if it is to flourish.
Monkey frees up the emotional body today in the 260-day count. Allow yourself to be more imaginative about the world we live in and the nature of time and space.

The 260-day Tzolkin (the Mayan Sacred Calendar) is the calendrical calibration of the soul’s cosmic nature as it interfaces with our density – which is to also to say that the Tzolkin is the key to understanding the galactic interface with Earth and this is the ‘secret’ of the 2012 era.* Although we can all see the sociological and environmental effects of the 2012 phenomenon, the essence of 2012 is a recalibration of the Earth with the Galaxy, creating an evolutionary imperative to raise consciousness in the decades after 2012 itself. 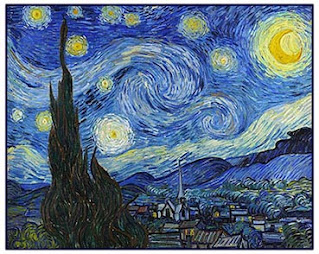 One of the more obvious effects is an alteration to the temporal substance – we seem to have less time in a day. The consensual timeframe that we experience at present is losing energy and a less dense level of experience/consciousness with a larger timeframe is being empowered.

Those who have their self-interest heavily invested in the outgoing density are attempting to close the doors, to keep us locked into the economic theatre and into that density. But if enough people shift their focus out of the mainstream economic and political game, then the old theatre will dissolve to reveal a more abundant and expansive terrain.
Of course that is easier said than done, but one way or another, a new focus and energy attention will emerge. Our role is to shift our attention and our energy into alignment with the evolutionary imperative.

Find the role-player warrior within, the part of yourself that is strong enough to play the game with a sense of mission and humour.
[* Note from Carey: Laurence suggested the 2012 effect began around 1986 and will continue to affect us well into the 2020s.]