A good day to see the shadow and to illuminate the multidimensional mechanisms of nature that condition our moods and feelings. See the causes of those emotions.

Today is a good day to wake up to the way our present emotional space – our total energy resonance anchored in our feelings – generates the story we are living.

The story in which we are living is a continuum that stretches from the ancient past to the far-off future. Our total energy frequency creates a timeline. Change your feelings on the deepest level and change the past – literally – and, therefore, change the future.

Aspects from your past return to your awareness today as you see the mirror effect of the cyclical nature of time.

A cycle of reflection ends today as you have a realisation of how your past reflects this moment and how your future will have a resonance with your past.

Waking up to the nature of time and the stories we create with others:
We live in the present with our companions and together we create our past in each moment and, therefore, also our future, which springs from our interpretation of the past.

Day 9 in each timewave is the day we wake up beyond linear time. 9 is a Master Number in Mayan cosmology and refers to the Nine Lords of Time (also called the Nine Lords of the Night).
This era points us towards the past...
The present transition speaks to us of the future, but in the same breath directs our attention to the ancient past.

... and the Cosmos
The 2012 ‘end-date’ (derived from the Mayan Long Count Calendar) was the end of one Galactic spin of 25,600 to 25,920 years. The world was subliminally primed to recognise large cycles of time and to remember that the larger context for our reality is truly cosmic.
[Extra message from Laurence to contemplate on 9 Obsidian:]

Towards the Planetary Awakening

The conclusive message of my lifetime’s research is that the human species is in the midst of manifesting a planetary consciousness.

We live in an increasing level of background stress, psychological and psychic pressure or urgency. There is an evolutionary imperative to reach and step into the planetary landscape of the mind.

Pierre Teilhard de Chardin foresaw an acceleration of complexity towards an Omega Point. In a very similar fashion, Terence McKenna spoke of the acceleration of time, complexity and novelty to a Concrescence Point. From a purely materialistic point of view, Ray Kurzweil speaks of the ‘singularity’ and the convergence of all technology, implicating physical longevity and artificial intelligence. José Argüelles was a prophet of the shift to a post-technological society, where time is art. Jean Gebser observed human cultural and individual evolution awakening to an integration of all that went before and a subsequent trans-temporal state of consciousness. 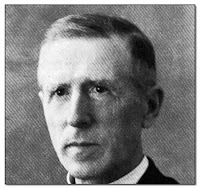 ‘You are not a human being in search of a spiritual experience.
You are a spiritual being immersed in a human experience.’
Pierre Teilhard de Chardin

All of these well-known pioneers are but the tip of the iceberg of a host of visionaries who in essence perceive the same general truth.

Barbara Hand Clow expresses a belief that we are moving to a nine-dimensional experience of reality. She finds parallels with Carl Calleman’s theory of the Nine Mayan Underworlds, which is a fractal view of evolutionary timescales.

The Nine Underworlds refer to nine levels of consciousness that exist within us. The multidimensional experience is something we already have and is more ordinarily explained by developmental psychology.

What I am suggesting is that every person already lives multidimensional lives – it’s just not recognised as such. The acceleration is the awareness of the totality of Earth’s dimensionality that is expressed through human psychological experience.

The essential truth is not explained merely by the exponential doubling of information, technological innovation or the increasing environmental crisis. It is, rather, the pressure to awaken to the planetary level of consciousness – not the global physical reality, but beyond that to the planetary field we live within.

Whether it’s the outrageous economic situation, or the fragile geopolitical world, the dynamic is pressing towards the big picture.

When you integrate all of the different strands, the array of issues and personal crises, they integrate on the level of planetary consciousness and the future planetary civilisation that is product of that consciousness.
We are experiencing an intoxicating and bewildering acceleration to a new fundamental reality. The planetary stage of development is where all the contents of the different paradigms of science, spirituality and culture are experienced as contexts. We step beyond the acceleration into the ever-present toroidal flow of each moment, both experiencing the speed and chaotic relationships within each of the theatres that make up our world, and being existent in the stillness of the central channel.

Within each moment, we are simultaneously feeling the dense tapestry of emotion and yet are free from the full immersion that is experienced by those whose reality wholly belongs to just one religion or one paradigm – be that Catholicism, scientism, new-ageism, conspiracy-ism, shamanism or any other kind of singular truth mindset.

Modern shamanism is perhaps a more inclusive and malleable paradigm that comes closest to this new consciousness, one which en-souls complexity science within the immanence – the immanence of consciousness, the inherent totality of Earth.
The greatest challenge to this level of consciousness in its early stage of its emergence is loneliness. The conundrum is that once your connection to the whole planet grows more visceral, the comfort of membership you once had with moral certainty, materialistic science, or idealistic mindsets erodes. The ego still exits as an arising artefact that comes and goes in the flow of realities, as the freedom of the void and the exquisite aliveness and intimacy of existence simultaneously call upon you. The conundrum is the ever-present death and then recapitulation of the ego-self that is required for the liberation of consciousness on this level.

The mind becomes more lucid, and yet is felt as more restrictive, as complex concepts appear annoyingly easily and, by doing so, pull us from the simplicity we yearn to attach to. The challenge is nonattachment whilst engaging in the flow of unending death and rebirth.

The planetary level is not the same as the transcendental state of stillness of the ancient traditions, but is a more radical, more human experience of living within and being the dynamic movement of life.

[And here is an extra link, first posted by Laurence on 18 June 2009, as well as another link to a YouTube video:]

More on time from me here: Time Decays Over Time

And here is Terence McKenna weaving his magic in this wonderful 3 minute video: The Acceleration of Time