2012: The Shift towards Galactic Consciousness 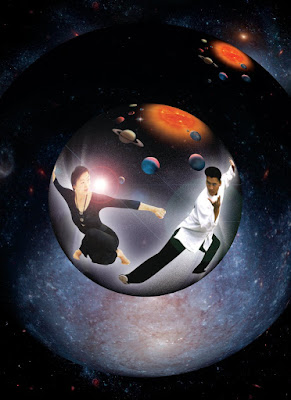 The recent release of the apocalyptic film 2012 is fuelling the debate on the Maya ‘end-date’ of the Winter Solstice 2012, which is now only three years away. The mainstream media focuses mainly on horrific visions of the end of the world, or occasionally refers to the instantaneous deliverance of humanity to a ‘golden age’, but then argues against both of these by clumsy rebuttals of all Mayan Calendar studies.

However, many of us who have studied the calendar—and the consciousness derived from immersing oneself in the subject—see something altogether more refined.

The first point to recognize is that the 2012 end-date (aka ‘cyclical renewal’) is interconnected with the consciousness and events taking place in the world right now. The Mayan Calendar is an intoxication—the subject pulls us in. The date of 2012 has proven to be a great attractor of human desire and wish fulfilment, so for this reason alone it is a massive global event. We cannot deny the sociological impact of 2012 as a subject of exploration; the abundance of ever-widening theories is itself an artefact of the end-date. It must be recognized that the divergent and often extraordinary interpretations of the meaning of 2012 are systemic to the date itself. The totality of the intoxicating and compulsive 2012 social phenomena is a product and reflection of the change of reality heralded by the Mayan Calendar.

The truth about 2012, from my perspective, is that it signifies the awakening of Earth within the cosmos—it heralds a ‘galactic initiation’. The single most important message of 2012 is the expansion of consciousness toward the galactic frequency. The human experience of this frequency is diverse and kaleidoscopic, with an attendant explosion of information.

The Maya and their Calendars
To counteract the plethora of misinformation and disinformation, it is vital to understand some basics about the Mayan Calendar. While the Maya undoubtedly developed and made full use of their calendrical system, it is useful to remember that the calendars pre-existed the Maya and are generally attributed to earlier groups, in particular the mysterious Olmec.

The ancient Maya were a Mesoamerican civilization who lived in what is today southern Mexico to northern Central America. Their civilization is known to have existed from about 1,800 BCE; however, the Classic period of the Maya, during which their culture flourished, covered from about 250 CE to 900 CE. The Maya coexisted with and succeeded other Mesoamerican cultures such as the Olmec and the later Zapotec, and preceded the Aztec and the Inca.

The Maya of the Classic period were experts in architecture, astronomy, mathematics, art, agriculture, urbanization, theatrical ritual and shamanic cosmology. They fully developed pre-existing advances such as a written language, a system of calendars and carved inscriptions on stone. They were responsible for many of the stepped pyramids, while their astronomical and numerical systems were astoundingly accurate, measuring cycles and timescales far beyond present-day science’s estimation of the known Universe.

The Maya utilized a number of remarkably complex, interlocking and synchronized calendars and almanacs—according to Maya Elder, Humbatz Men, the Maya employed up to 17 different calendars. One of these, which I teach in my Mayan Daykeeper workshops, is known as the Sacred Calendar, or tzolkin, which is a 260-day calendar based on the period of human gestation. The Sacred Calendar is comprised of 20 Daykeeper characters and 13 Timewave numbers, giving each day of the 260-day ‘year’ a unique flavour.

The Maya also used a 365-day solar calendar, the haab; a lunar calendar; an astonishingly accurate 584-day Venus cycle calendar; and other calendars measuring different planetary cycles, including the orbit of Mars.

However, it is from the Mayan Long Count calendar, which measures vast amounts of time, in the thousands and even billions of years, that the currently debated ‘end-date’ of 21 December 2012 is derived.

The proven track record of the Maya to accurately measure planetary cycles proves that the shaman-priest caste were not ignorant barbarians making this stuff up. We can infer that they, as did many ancient cultures before them, knew about the precession of the equinoxes, the Earth’s approximately 26,000-year cyclical relationship with the galaxy. (John Major Jenkins has made an excellent case for the 2012 renewal date to be tied to the completion of a 26,000-year precessional cycle.)

Even conventional archaeologists recognize that 2012 is the end of a 5,125-year cycle (one fifth of a full precessional cycle). This is the completion of an era that began in 3114 BCE, a time that is generally acknowledged as the birth of recorded history.

Our historical perspective—and with it our whole concept of the origins of the species—is under revision. This will then generate a completely different vision of the future than is currently credited by our consensual worldview, which will in turn change the present.

The Mayan calendrical system as a whole looks to be both a legacy of an advanced ancient civilization and a shamanic download encoded with more information than the Classic Maya could possibly need or know about in their era.

Galactic Consciousness
Looking at the huge cycles of time measured by the Long Count calendar naturally orientates us towards the principles of creation and the cycles of civilization. The Mayan Calendar links the cycles of civilization to the energies of the cosmos. After all, it is in the cosmos where these huge numbers are meaningful, so we look outwards from Earth to space, which inspires our futuristic urge as a species, to explore, to travel and to colonize. It brings up wonder about what is out there and, looking from the viewpoint of standard science, we are left with the puzzling understanding that the starlight we are looking at is many light years away. In other words, we are looking at past events. From the present, we are looking at antiquity; we are receiving transmissions from the mind-bogglingly distant past. This speaks to us of a new relationship with time-space and multidimensional consciousness—a new form of mystical consciousness. 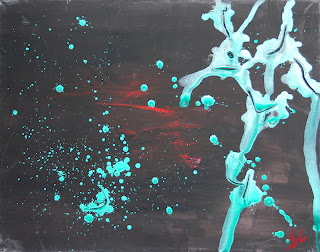 The Mayan Calendar suggests transformations of culture and the planet; it measures the relationship of our planet with the galaxy in which it lives and directs us to understand the galactic energy and consciousness that the Earth is absorbing.

The nature and the scale of the cycles in the Long Count calendar suggest endings and beginnings over a relatively short period, but not during the course of one day, and certainly not at one particular moment in time (11:11 GMT on 21 December 2012).

What I call the ‘2012 era’ began to emerge possibly 100 years ago. Its effects accelerated in the 1990s—as evidenced by many things, including the sudden and compulsive interest in the Mayans, their calendar and their culture; the advent of the Internet; globalization; and the upsurge of new economic powers. The ripples will continue for another two or three decades.

However, the epoch of fundamental change is upon us now. From my perspective and research, I must emphasize that this change is connected to human consciousness, culture and all that we presently see occurring in our society. The 2012 effect is the shift towards galactic consciousness and the very early stages of a beyond-Earth civilization, which means membership with a much larger community than we currently experience.

My Perspective
My work focuses upon the evolution of human consciousness and change for the individual, as well as for the whole of society and the Earth itself.

From my two decades of research on human evolution and 2012, which includes 10 years keeping the Sacred Mayan Calendar on a daily basis, plus six intensive months in the Mayan area studying and undertaking shamanic ritual—where I received a profound metaphorical vision of the future post-2012—I identify the 2012 era as being about the expansion of consciousness towards the galaxy, with our species acting as an agent for the planet’s awakening as a cosmic being.

What Does This Means to Us?
The acceleration of change on all levels of society. The 2012 effect can perhaps best be understood in conjunction with the Enchantments of Life model, which maps the evolution of human consciousness—our personal and collective levels of reality. Individual and collective development is becoming increasingly interrelated.

We can portray the multileveled nature of human reality as a theatrical stage, with its cacophony of voices and its chaotic kaleidoscope of perception—or, we could say, its breathtaking diversity of frequencies. The 2012 shift is taking place on a much finer frequency than the current dominant paradigms—its voice is quiet. The loudest voice on the World Stage at the moment is the mainstream paradigm of materialism—the mainstream and its media do not really expect to see anything significant happening in 2012. However, it is on the finer frequencies, through the quiet voice of the World Stage, that the profound shift of the 2012 era can already be detected, at least partially.

So tune in and recognize that the multifrequency sound of the world has distinct levels of consciousness within it. You will then be able to navigate the information ocean and the different scripts arising. The 2012 awakening will filter down from the level of the Earth’s energy field through the lower levels of human reality, most noticeably after 2012—when the date will be all but forgotten by the media.

The 2012 effect is bringing the following issues to the surface: a planetary consciousness of immanence, a remembrance and harnessing of nature’s abundance and intelligence, the extraterrestrial presence, official disclosure of UFOs, easier access to and availability of telepathy and remote viewing, global governance and decentralized decision making, an open source economy, an integrated and adaptive global communications network, genetics and the convergence of technologies, dynamic whole systems sciences, the rewriting of history, interfaith religion, new diverse forms of local community, the ability to calibrate our energy field for healing and the synthesis of nutrients and, most importantly, the power of the human heart to intimately feel what is appropriate for each person.

The evolution of human consciousness is accelerating. This is not an entirely comfortable experience as it uncovers the inhibitors and blocks to our evolution on planetary, species, social and individual levels. The 2012 era is an evolutionary imperative to change the world, which will be felt and experienced for at least 10 to 20 years after the end-date itself. It is fair to say that the next decade will be an intense one, offering the human species a profound opportunity to shift consciousness and social values, as well as crucially reframe the context of human life to much larger scales of reality.


What Does This Mean to You?
The need to become more conscious of planetary issues and to recognize the power you have to be an agent for positive transformation.

The game is on; the stakes are being raised.

This introductory article was originally published in  Source Asia, November 2009.