The 13-day Deer Timewave, in which we are now, asks us to know where we hold on and where we let go. Today, 12 Obsidian, understand where it is you are supposed to control and hold energy – this is your niche.

Because deer respond so instinctively to rhythmic changes of energy, Deer (or Hand) is considered the natural sign for the Mayan Daykeeper. Assiduous focus for a surprisingly short time on this system organically initiates you as a ‘Daykeeper’.

Today is a good day to understand that the multiple dimensions of reality are both compartmentalised and separate from each other to some degree, yet have a fractal reflective relationship with each other. Each dimension is a reflection of others, but in a fuzzy form.
A good day to see truth with absolute clarity on one dimension of reality, knowing with equal clarity that this insight does not apply totally, nor exactly, to the next dimension. Truth is reflected and distorted on each of the multiple realms, but what is true on one level, is true for now on that level. 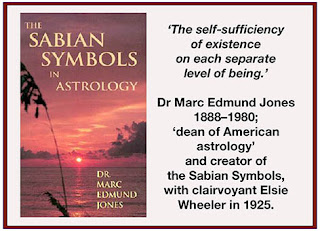 Consciousness reflects upon itself all the way up and all the way down the epic construct of creation. Each level of reality is a diffracted reflection of light and consciousness.

The unlimited diversity of all consciousness and form in existence is processed by the human psyche through various levels. Each level of the psyche steps down, decodes, filters and translates with its own appropriate level of complexity.

In the Tzolkin (that is, the 260-day Mayan Sacred Calendar, the central calendrical system of at least 17 interlocking calendars used by the Maya), the dance of frequencies and calibrations is far more complex, comprising the 20 Day Signs (or Daykeepers) and 13 Tones (or Numbers). The dance of diversity spirals and rotates in multiple directions, taking you towards radial time consciousness.

Another way of understanding radial time is quite simply through contemplating fractals. The Mayan Sacred Calendar is a strongly fractal system; the numbers of the Tzolkin can be found within many planetary cycles, as well as within the Galactic cycle.
To calibrate your consciousness with the Terrestrial–Galactic interface requires only a relatively short period of focus, considering our lifetime of standard time conditioning.

If you follow this calendar and put some energy into the system, you will encode the system into your energy field quite strongly by 520 days (ie two spins of the Tzolkin, each of which is 260 days). The process is especially powerful if you draw the glyphs each day and do some free association with the signs as part of your daily journaling.
After the Chiron return at around 52 years of age, people often have a ‘golden period’ of integration. Fifty-two is the common frequency between our standard calendar and the Tzolkin. Seven multiples of 52 gives us the Solar year (364 days), and we have 52 weeks in a year; five multiples of 52 gives us our 260-day Mayan Sacred Calendar year.