Smooth, flowing, comfortable rhythmic changes of perception that allow you to organise your dreams and your visions.

Today affords you the opportunity to harmonise your overall sense of reality with your emotional needs; a blend of the earthly and the spiritual.

What’s more, the perceptions you have today can fit nicely with the shifting perceptions of those around you.

Have a smooth relaxed flight, see all around you and zoom in on the appropriate tasks as they surface, one after another...
[Extra message from Laurence to contemplate on 6 Eagle. First posted on 6 Eagle of 4 August 2011, but still highly relevant today. (All figures updated for April 2022):]

The developmental level for individual human consciousness – and for society as a whole – of a globalised culture is the precursor to planetary consciousness.

Globalisation – which includes global economics and politics – is rapidly emerging and will reach a certain critical juncture over the next approximately 5 to 7 years with the full coverage of the internet. Internet access is presently available for 4.95 billion of Earth’s 7.94 billion humans (that is 62.5% of us). With the next level of mobile technology, this will dramatically increase – along with internet sensors, which are now appearing in public places, on buildings, on street corners and the like. This is the beginning of the all-seeing Matrix and the integrated global linkup. Internet sensors will most likely far exceed humans, in terms of the number of internet portals.
To this we need to factor in the following realities that are occurring today and which are barely reported in the mainstream media: 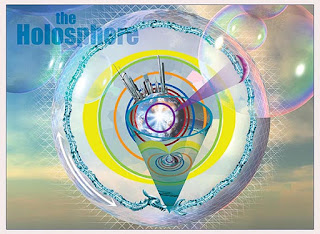 We are accelerating towards what I call the Omnidirectional Gate, which is a portal of choice regarding our reality. Planetary consciousness is the awareness that we are not living on an enclosed globe of human society, but that we live within the Earth’s consciousness field and that, as co-creators of the Earth, we are part of a complex living system. Furthermore, this living system is an open system; Earth exists within the cosmic plasma ocean.

Planetary civilisation is the culmination of one order of evolution and the start of the next order of evolution. A big part of my work is showing how this level of development is a natural emergence of individual psychological development and a natural artefact of a highly populated planet. I also explore the basic structure of such a society.

This issue will be most pressing as we move further into the 2020s….