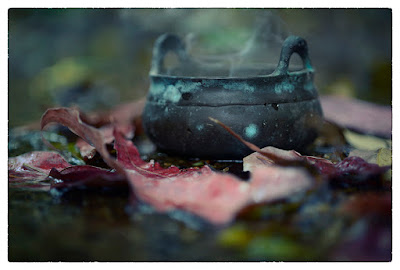 Photo thanks to our friend and fabulous photographer André Eichman

A day to offer incense.

A day of gratitude and a day to surrender to the cleansing waters as they dissolve all blockages to the new sprouting energy that is already transforming your life.

The 13th day says ‘Let go and celebrate the end of the timewave.’

The dissipative consciousness cleanses the mind of thoughts.

Make an offering of gratitude for your life.


The 2012 Era and the Message of 13 Water:
Evolution and transformation – which is the theme of this, the Earthmover Timewave – requires the dissolution of blocks in our perception concerning the immediate potential and imminent reality, so that we can emotionally accommodate the next new reality.

The next scale of consciousness is a far bigger environment of the psyche. This is the spiritual reason for acknowledging contentious issues, such as Atlantis, the UFO phenomena and other anomalous experience, research and testimony.

The soul is like water, but the mind compartmentalizes reality.

The boxing and filing of information into relevant and irrelevant trays has been necessary for ego development. Now, however, in this 2012 era, it is time to dissolve some of the filters.

Increasingly, it is not enough to just take a ‘spiritual perspective’, to meditate or to simply have a psychological or sociological viewpoint. Instead, we are being pressed to have a full integral perspective.

The next scale of reality is planetary, so we are being impulsed to start releasing our compartmental walls of mind, to open to the totality of experience that is co-existent here on Earth – the Immanence.

The species is now required to engage with the areas of reality that have been kept hidden, for the new landscape of the psyche exists on the other side of the Shadowlands that stands before us.

The jewels are hidden in the murky realms. 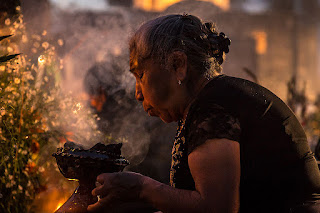 [Note from Carey: On previous 13 Water days, Laurence added a quote from José Argüelles (24 January 1939–23 March 2011), which resonates well with his own work and understanding. It is worth including this again today, especially as I noticed the coincidence of Jose´s passing on 23 March, exactly 6 years before Laurence, who left us on 24 March 2017:]


‘Time and again human consciousness fixates,
and slams the door on its greatest gift,
the open-endedness of infinite possibility.
As a result we do not experience reality but merely our concept of it.’
José Argüelles
Posted by Carey Vail Lucas at 06:48