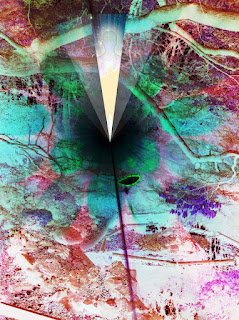 Today is a day to be in your centre – the space from where you emanate your light, your inner radiance.

You may feel overwhelmed with all that there is to do and maintain, in which case, feel into the centre through the portal of discomfort.

Look all around you. Take a 360-degree view; see the full circle of your energy. You have planted seeds and set things in motion in every direction. Rabbit is the proliferation of all things in all directions – fertility and abundance.

Be in the centre and feel the creative essence that has sent ripples out in all directions. Your sound is going out like a subtle pervasive field of energy, interacting and gently colouring the whole conscious field of life.

If you feel disconnected from your centre, remember the key to feeling centred in the place of emanation is to first acknowledge and then to feel the pain of disconnection.

Rabbit can be superficial and is easily attracted to all that appears light, bright and beautiful – the glitz, the glamour and the obvious aesthetic. Today you are asked to find the true beauty of the subtle, immanent and all-pervasive Light.

The primal wound of disconnection from Source and the Central Light first surfaced in our awareness in early tribal culture. The primal wound is carried by the whole species, but we each feel it in a different area of our lives.

Reconnection to Source does not involve ‘getting rid of’ the wound; there can be no ‘absolute’ healing or total control of the psyche if we are to fully reconnect.

Live with the awareness of the subtle pain of imperfection, impermanence and the fragmentation of life, without dissolving into victimhood, and you can be a conduit for the radiance.

Connection is found through feeling into and then moving through the disconnection. 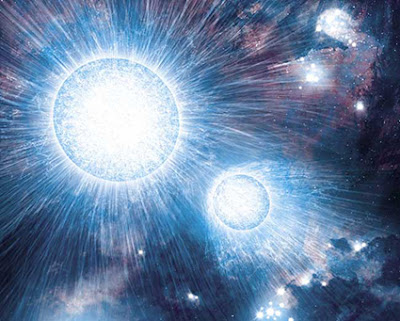 [Here is an extra article posted by Laurence on this blog for 5 Rabbit of 13 May 2014, but still relevant today:]
I have been tuning into different reality currents, specifically extra-terrestrial threads that extend back into ancient history, which I am being shown yet again through narratives in my dreams – the past is not fixed.

What timeline will we choose?

It is important that those who are awake hold a benevolent vision for our Earth. A benevolent vision for life is based on spiritual truth – the cosmos and our planet are wholly abundant – whereas the mainstream vision of impoverishment and lack of resources is based on control and negative agendas to create a timeline that supports ownership of this planet and the human species.

The greatest resource on planet Earth is human consciousness.

What ‘they’ want is the human soul, not money – no, real energy and power is always spiritual. All else is illusory and impermanent.

Now, this level of reality and the understanding of different timelines is of course way beyond everyday life, but we are evolving towards it. The evolution of consciousness has a structure to it. We develop both as individuals and collectively one stage at a time.

The majority of people on Earth are currently emotionally centred in the realities ruled by the philosophies of absolutism or scientism. In simple terms, these two levels are the good/bad moralistic stage, and the materialistic stage. These two stages of culture [Note from Carey: In Laurence’s model,* what he terms Saturn Enchantment and Uranus Enchantment] – which we are all also subject to – are controlled by the media narrative that encourages a polarity within a small context.

The next stage of culture that is emerging is something akin to a spiritual revival [Neptune Enchantment], but even this narrative is being engineered – largely on the internet – by agents who disrupt free thinking and encourage mass mind. The key weapon that is used is the environment, the global warming meme, which is a gross reductionist interpretation of the environmental instability we are witnessing. That meme supports a reduction of the population and a corporatized socialism, impoverishment for the majority, whilst taking attention away from environmental pollution that is created by war, oil, chemical companies and the media itself. Remember: The environment first and foremost is an environment of consciousness.

Reality is led by light; light overcomes darkness. A small minority of people who are lit up will light up the whole environment, so do not be disheartened by the lack of intelligence in the mass mind. The collective heart is still good, but contextually we still need to have individuals who can see the big picture positively.

The level of reality where time itself is understood as fluid [Pluto Enchantment] is beyond normal psychology, but is an organic stage of development that arises from the whole stratum of awareness which has been empirically mapped by developmental psychology. As we move towards the technological singularity, the very substance of experience undergoes transmutation. High technology is linked to the co-creator stage of the soul, where nature is created.

What we might term ‘low-level ETs’ look to invade not through war, but through technological control of attention. But there is and can be no control unless there is compliance and mass hypnotism, for it is the soul energy that is being competed for. The global elite, so called, are all subject to higher dimensional forces – they are not really in control.

Each stage of consciousness has its own history and story, which is symbiotic with its unique relationship with time and space, or the space/time calibration.

The Mayan Sacred Calendar connects you to the interface between Earth and Cosmos, the planetary scale of consciousness. Stay tuned in and envisage the whole Earth as a vital creative force that is plugged into the source of all life and all creation. This energy has no limits....