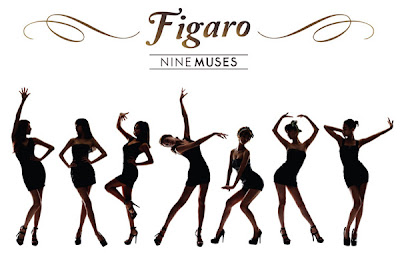 A high energy day for higher creativity, talk to your muses...

720 days ago, which is exactly three Tzolkin cycles, the day Monkey 3 started for me with an amazing lucid dream of floating across the land in a way that felt like running without running. The dream experience felt so familiar and so real. This speaks to me of the energy of dreams and on one hand how they remind us of a more subtle reality and on the other hand how the subtle energy crosses into and affects our ‘real world’.

The playful spirit of 3 Monkey knows no boundaries and crosses the object–subject divide. The slightly intangible sense of something truly supernatural and wonderful might encroach upon your consciousness today. Was it real? Ah, well, what is real?

This is the only prophecy attributed specifically to the Mayan end Day, it has only come to light to Mayanists in recent years.

When we talk about something coming down from the sky, from the heavens, we are talking about a descension of consciousness. A movement of energy from a higher dimension to a lower one. The Mayan calendar measures the relationship between the Galaxy, Solar System and Earth, especially the galactic aspect. The Galactic space is not only a larger spatial area it is also a much larger timeframe (archaic-futuristic feedback. The number nine (nine support gods) refers to the awakening beyond linear time/space.

The essential happening of the 2012 era is a movement of energy from the Galaxy to activate the planetary field of consciousness—which is akin to the noosphere (the mental sheath of all thought) the dynamic Akashic record and is further related to The Christ Consciousness Grid and Planetary Lightbody. All of these fields are inter-related within the planetary toroidal totality.

Energy from a Galactic level activating the Earth (including all human artifact as well as Nature) as a whole Organism, a supra-natural complex living system that is becoming conscious of itself

Though this is the essential meaning, it is relatively subtle as compared to our everyday experience, for it takes places on several levels of consciousness/psychology above that of our material culture and also above that of our alternative or new age culture.

The first obvious effect is the acceleration of evolution, the magnetic pull from the planetary totality upon the lower levels, forcing culture to expand its context. The overt effect of this is globalization which is a socio-economic and political force, a global power struggle, information wars, clashes of values and yet also on a higher frequency the manifestation of an internet with total world coverage. All of which we will see manifesting over the next 10-20 years.

The Enchantments of Life map shows the incremental steps of evolution, which can not be bypassed, we evolve stage by stage, but with this energy the pressure to evolve increases.

The question though is when will there be a shift in our culture? A shift occurs when there is a tipping point in the Earth's energy field, that is when there is so much energy that the cultural centre of gravity has to suddenly transform.

The tipping point is expressed in religious terms as Judgement Day. Biblical Judgement Day is a lower perspective expression of the tipping point. If there was not enough of higher consciousness within the field there would be a planetary destruction.

The shift of consciousness is a transformation that we can call a death and rebirth. This destruction and reconstruction needs to occur relatively smoothly for our evolution to continue within in a reasonable timeframe. If the world was devastated it would take a long long time for the realization and manifestation of the new level of consciousness-the planetary consciousness.

My perspective based on full time research and observation over the last 20 years is that there is sufficient consciousness to alleviate the biblical Judgement Day scenario or the Roland Emmerich 2012 Film scenario, because there is a large enough minority of people in the alternative movement(s)-—sufficient to allow for the continuation of species evolution. That said it will not be totally smooth as evidently there is still a great inertia in the mainstream culture.

What is exciting for us as individuals is that we can increasingly download directly from the noosphere or the planetary totality. The internet download on our PCs is a training action for something much more profound that many people are in fact already doing.

The Planetary download is about opening the energy field and intuitively recalibrating it to this Earth consciousness. It is more accessible to you if you can realize that your energy field is a dynamic structure of light, a body of light and is the personal computer of the future. You can peer onto the screen of your own plasma screen (the imagination) and through intention receive consciousness from this higher sphere. The individual human is a fractal of the Earth, you are in a holographic relationship with the greater context that you are part of. Learning to attune your energy is not that difficult, because it is intuitive, you have the organic technology, you are the technology. It just takes practice.

I really recommend that if you are serious about connecting the new level of consciousness that is planetary, that you have a daily practice that includes ‘feeling’ energy. Chi-gong, tai chi type practices all allow you to feel the texture of energy. I want to emphasize that there is a massive increase in subtle energy in our planet, it is far easier to access this now that ever before. In fact this emerging new planetary field is something far more dynamic than the energy grids accessed by the ancients, the large human population we have now creates the wattage.

Access this extraordinary energy, for it is immanent, is all around you, veiled only by consensus thought creating walls of conformist ideas.

Every time you shift your attention from your linear mind to your life energy, you reinforce the paradigm of energy and help in co-creating a new reality construct, that wants to come in.
Posted by Laurence James Lucas at 09:04